When Persian Gulf missile was introduced for the first time, a question was raised on it: Is it radar guided missile or optical guided?
First published images didn't show nose section of missile clearly. But when images of this missile on September 2011 parade was published, it was found that it uses an optical guidance system.
Like previous years, Scared Defence exhibition was held in September 2011 in Tehran. Now Images of nose section of displayed Persian Missile on this exhibition shows it uses an Infra Red seeker:

Seems these missiles have been "Fateh 110" missiles that have been converted to Persian Gulf (Khalij Fars) missiles, notice to the nose section: 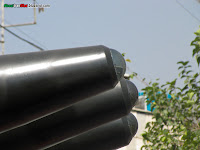 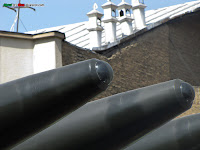 And These are images of new launcher of "Persian Gulf" missile: 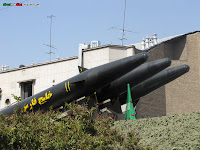 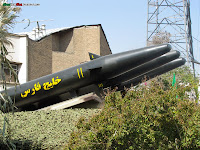